If you would like a copy of my thesis, either wait for the monks in Iona to hand illuminate your personalised copy, or email me and I will send you a DVD of the PDF.

Alternatively you can download a PDF version from the brilliant new Oxford Digital Archive. Follow this link to the page containing my thesis. The citable link to the page is: http://ora.ox.ac.uk/objects/uuid%3A0813dd24-e025-4d27-9d54-3620cca16d6b

British, Chinese, and Tibetan Representations of the Mission to Tibet of 1904

The thesis presents and analyses Chinese, Tibetan, and British sources relating to the British Mission to Tibet of 1904. It balances accounts provided by the British officers and men with modern Chinese sources. It analyses both polarised sides of the history, whilst remaining critical of all sources.

British historical accounts analysed in chapter one are balanced with Chinese narratives that present the Mission as an invasion of the Motherland and its unity. Chapter two examines the role of propaganda in modern China, and how different media are used to guide the Tibetan and Chinese populations’ understanding of their history and nation.

Chapters three and four provide an original translation of Bod kyi rig gnas lo rgyus dpyad gzhi’i rgyu cha bdams bsgrigs, a textbook written from a Chinese nationalistic perspective. The introductory chapter providing the Chinese narrative of the build-up to the Mission is studied in chapter three, and chapter four analyses the bloody advance into Tibet.

The translation and analysis in chapter five of the letters of the Dalai Lama to the King of Nepal, the Tongsa Pönlop, and the Chögyal of Sikkim place the Mission in pan-Himalayan context, and show how the Tibetan Government sought to counter the Mission. It is the first study to provide a historical Tibetan perspective of events.

Chapter six analyses the divisive issue of looting during the Mission. It examines the psychology of those who looted Tibet, and the role the items taken play in shaping the image of Tibet in the West. Modern Chinese propaganda sources from the new media are analysed in chapter seven, and demonstrate how they have been used to compliment and propagate the established narrative. The conclusions analyse the impact of the Mission, and the lessons that may be learnt for those that play the ‘New Great Game.’ 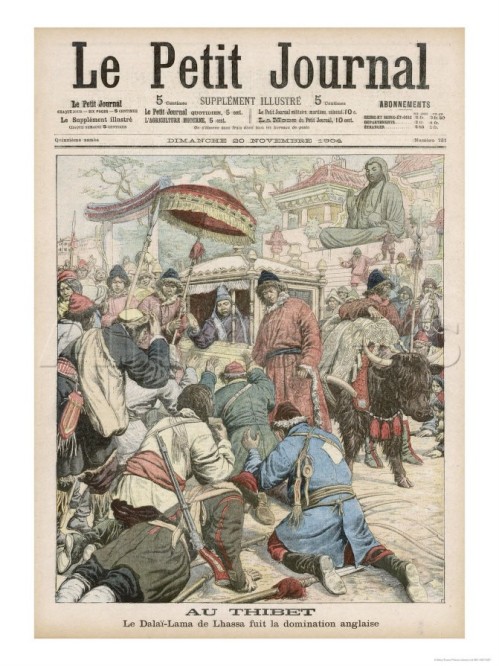