The saints of the English church of eccentricity

“Anthropologists have been very lucky in their public image. Sociologists, it is well known, are humourless, left-wing purveyors of nonsense or truisms. But anthropologists have sat at the feet of Hindu saints, they have viewed strange gods and filthy rites, they have boldly gone where no man has gone before. The reek of sanctity and divine irrelevance hangs about them. They are saints of the English church of eccentricity for its own sake.”

In all the changes and varieties of the world

Guide us, Lord, in all the changes and varieties of the world; that we may have evenness and tranquility of spirit: that we may not murmur in adversity nor in prosperity wax proud, but in serene faith resign our souls to thy divinest will; through Jesus Christ our Lord.

“Perhaps it was that darkening that called to my mind an article I had clipped from the Eastern Daily Press several months before, on the death of Major George Wyndham Le Strange, whose great stone manor house in Henstead stood beyond the lake. During the last War, the report read, Le Strange served in the anti-tank regiment that liberated the camp at Bergen Belsen on the 14th of April 1945, but immediately after VE-Day returned home from Germany to manage his great uncle’s estates in Suffolk, a task he had fulfilled in exemplary manner, at least until the mid-Fifties, as I knew from other sources. It was at that time too that Le Strange took on the housekeeper to whom he eventuallly left his entire fortune: his estates in Suffolk as well as property in the centre of Birmingham estimated at several million pounds. According to the newspaper report, Le Strange employed this housekeeper, a simple young woman from Beccles by the name of Florence Barnes, on the explicit condition that she take the meals she prepared together with him, but in absolute silence. Mrs. Barnes told the newspaper herself that she abided by this arrangement, once made, even when her employer’s life became increasingly odd. Though Mrs. Barnes gave only the most reticent of responses to the reporter’s enquiries, my own subsequent investigations revealed that in the late Fifties Le Strange discharged his household staff and his labourers, gardeners and administrators one after another, that thenceforth he lived alone in the great stone house with the silent cook from Beccles, and that as a result the whole estate, with its gardens and park, became overgrown and neglected, while scrub and undergrowth encroached on the fallow fields. Apart from comments that touched upon these matters of fact, stories concerning the Major himself were in circulation in the villages that bordered on his domain, stories to which one can lend only limited credence. They drew, I imagine, on the little that reached the outside world over the years, rumours from the depths of the estate that occupied the people who lived in the immediate vicinity. Thus in a Henstead hostelry, for example, I heard it said that in his old age, since he had worn out his wardrobe and saw no point in buying new clothes, Le Strange would wear garments dating from bygone days which he fetched out of chests in the attic as he needed them. There were people who claimed to have seen him on occasion dressed in a canary-yellow frock coat or a kind of mourning robe of faded violet taffeta with numerous buttons and eyes. Le Strange, who had always kept a tame cockerel in his room, was reputed to have been surrounded, in later years, by all manner of feathered creatures: by guinea fowl, pheasants, pigeons and quail, and various kinds of garden and song birds, strutting about him on the floor or flying around in the air. Some said that one summer Le Strange dug a cave in his garden and sat in it day and night like St. Jerome in the desert. Most curious of all was a legend that I presume to have originated with the Wrentham undertaker’s staff, to the effect that the Major’s pale skin was olive-green when he passed away, his goose-grey eye was pitch-dark, and his snow-white hair had turned to raven-black. To this day I do not know what to make of such stories. One thing is certain: the estate and all its adjunct properties was bought at auction by a Dutchman last autumn, and Florence Barnes, the Major’s loyal housekeeper, lives now with her sister Jemima in a bungalow in her home town of Beccles, as she had intended.”

– W.G. Sebald, The Rings of Saturn, published in German in 1995, translated by Michael Hulse and published by New Directions in English in 1998

A childhood in Marrakech

This little gem comes to us courtesy of Maison de la Photographie de Marrakechv and is by local photographer Abderrazzak Benchaâbane. It forms part of their October exhibition of photographs entitled : ”A childhood in Marrakech”. Worth a visit if you are planning a trip to Morocco! 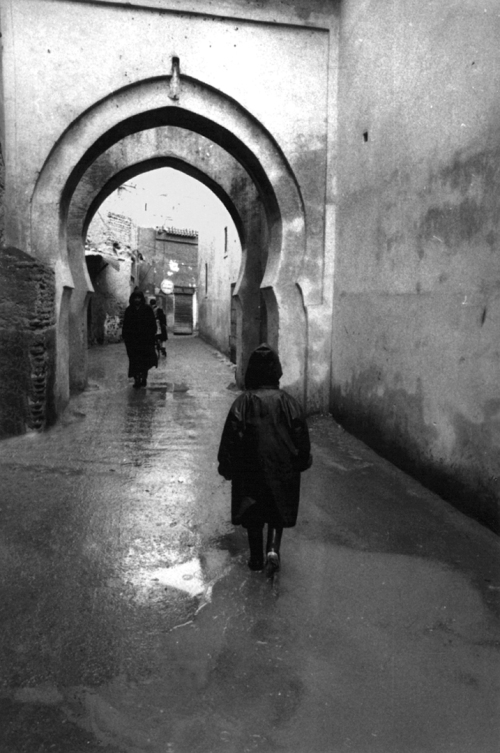 Ok, so I have not exactly hidden my opinions of Indiana Jones and Gilbert & Sullivan under a bushel. While one has been a unmitigated mainstay of my upbringing and imagination, the other remains, IMO, a unreservedly awful amalgamation of Victoriana nonsense and whimsey, if with a couple of catchy tunes, oft whistled by retired high-ranking Naval-types as they step out from South Coast guesthouses to pick up a copy of their morning Argus. No beating round the bushel here. I even have the fedora (thank you Oxford Risk), and I am never, ever, sick at sea…

So as I enjoyed watching Raiders of the Lost Ark for the 897th time last week (it’s on iPlayer again) I was amazed to discover a snippet from those masters of musical malaise had been cunningly slipped into one of the finest films every to grace the silvered screen. It was as if Turner had painted a cunningly disguised turd floating down the Thames past the Fighting Temeraire as she was gently tugged to her last berth to be broken up, or Constable slipped in a silhouette of some rogue pissing up the side of the hay wain in his depiction of the Suffolk bucolicism. So while I have the greatest of respect for Salah and his choice of natty headgear (few men can pull off a Cairo tarboush (‘fez’, if you must) as he can) I have to wonder about his obsession with Gilbert & Sullivan early operetta HMS Pinafore.

When Indi tells him that the Nazis are digging in the wrong place in order to find the Well of Souls, the map room that will locate the resting place of the Ark of the Covenant, he busts into the the opening lines of “I am the Monarch of the Sea“. He even does it with some gusto. He compounds the error later in the film when he blurts out “A British Tar” from the same operetta as Indi and Marion board the Bantu Wind alongside Port Said. Mercifully we are spared more than the opening lines on both occasions. Well… we all make mistakes.

Incidentally, if you want a really good account of what the Well of Souls might actually be like, without the musical interruption and worrying about snakes, look no further than your old friend and mine, Sir Richard Francis Burton. He explored it in 1871, and his wife gives a really good account in The Inner Life of Syria, Palestine, and the Holy Land: From My Private Journal. See pages 376-377.

Tagged as Ark of the Covenant, Gilbert & Sullivan, HMS Pinafore, I am the Monarch of the Sea, Indiana Jones, Raiders of the Lost Ark, Richard Francis Burton, Salah, Well of Souls

Someone just sent me a photo of this Bulgarian banknote… no idea why!

This is an excellent article on some of the dangers associated with climbing the word’s highest mountain.

Mid May usually marks the start of the climbing window for Everest, and this year the government of Nepal has issued climbing permits to 373 climbers, the most since 1953 in a single season.

I especially like the government’s suggestions to solve some of the traffic issues on the mountain (yes, even on Everest there are traffic jams!), save lives, and boost the mountaineering industry of the country as a whole by weeding out inexperienced climbers. The suggestion to make it mandatory for climbers to ascend either two 6,000 meter summits or one 7,000 meter summit in Nepal before initiating an Everest climb seems entirely sensible to me.

Find the full article here, and best of luck to all 800 climbers, including Sherpas, who  are currently siting at BC waiting for the window to climb Everest. 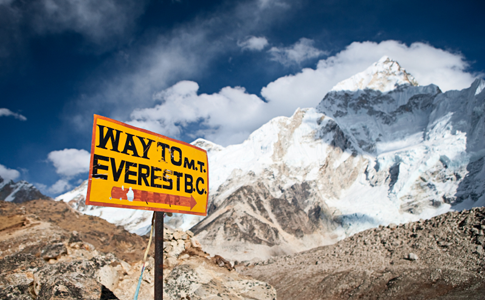 Tim Myatt
Create a free website or blog at WordPress.com.