Unbiased opinion and analysis of the developing situation in India right now is difficult to come by.

This article from the Times of India is the best that I have read, and captures the sense of affront to Democracy that is sweeping the world’s largest democracy.

Follow this link here for the full article. All excerpts below are copyright Times of India.

“NEW DELHI: No one really, certainly not the government, had anticipated the extent of countrywide support for Anna Hazare and his crusade against corruption. Within hours of the news of his arrest breaking on the networks, spontaneous protests broke out from Baroda to Bhubaneswar, Kanpur to Kochi, leaving the government gasping at the national demonstration of democratic dissent.” 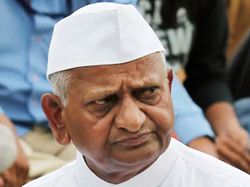 “Far away from the fast-moving developments in Delhi, people from all walks of life took to the streets spontaneously, in rain and shine, not just in the metros but even in smaller towns. Everywhere, the protesters denounced the government (no one was willing to accept that the police action was possible without the nod of government bigwigs) and chanted slogans demanding a stronger Lokpal Bill.”