Over the years many of you have asked me my opinion on the Dalai Lama, reincarnation in general, and the process involved in finding a child reincarnation.

Its a difficult subject, and one that I confess I am not a specialist on, nor have strong opinions about. I have known many recognised reincarnations during my career as a Tibetologist, and also as an English teacher in India and Tibet, and I have to confess confusion over the whole subject. Of course to a rational, sensible, scientific mind (and I would never claim to have one!) it makes no logical sense whatsoever. To a romantic, orientalist, spiritually sensitive mind it is perfectly acceptable to believe that the soul / essence of a being can be reincarnated in another form. I am not a Buddhist expert, obviously, but from a political science or anthropological standpoint it is also a flawed process: Reincarnation necessitates a period when the child is located, educated, and brought to power, often known as a Regency. In Tibet the Regent was often the tutor of the young Dalai Lama or other high ranking monk, and they were often reluctant to yield power and authority once the young Dalai came to an age where he could assume power. Indeed there was a succession of Dalai Lamas from the VIIIth to the XIIIth who failed to gain majority, and who were either poisoned / died young for manifold reasons. That said, on meeting such people I have experienced what I can only describe as an immensely strange and unsettling sensation, and generally the more ‘powerful’ the reincarnation, the more ‘odd’ the experience has been. I am sure that like me you will draw your own conclusions, be they spiritual, psychological, delusional, or faithful. As Father Jack would say, “That would be an ecumenical matter!”

I bring this up as last week the Dalai Lama released a statement on the website of the Tibetan Government in Exile entitled the “Statement of His Holiness the Fourteenth Dalai Lama, Tenzin Gyatso, on the Issue of His Reincarnation.” In it he presents and analyses the history, politics, theory, and practice of reincarnation, before going on to present his thoughts on what will happen once he passes on / leaves his current reincarnation. Its a long statement, and so I have linked it here as a downloadable PDF: Statement of His Holiness the Fourteenth Dalai Lama.

The final section is the most interesting to me. It is here for the first time that the Dalai Lama specifically sets out a defiant message to China, and the world, that there should be no political interference in this process, should it take place. After all it has not been beyond the Chinese Communist Party to issue directives and selections regarding reincarnation, and few should forget the plight of the current XIth Panchen Lama that the Dalai Lama recognised: Following the death of the Xth Panchen, the traditional search committee process involving monks in Tibet was disrupted when the Dalai Lama unilaterally announced his selection of Gedhun Choekyi Nyima. The leadership in China spirited Nyima away to prevent his being taken to India by the Dalai Lama’s supporters and reverted to the Qing Dynasty’s Golden Urn process to select Gyaincain Norbu, who currently fulfills the duties of the Panchen Lama in China. No one has seen Nyima since 1995, shortly after he recognised at only five years old, and the Chinese authorities hold him in an unknown location. 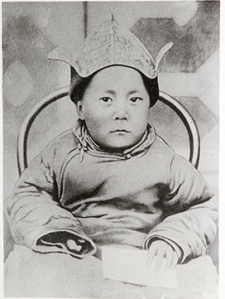 The final section of the statement reads: “When I am about ninety I will consult the high Lamas of the Tibetan Buddhist traditions, the Tibetan public, and other concerned people who follow Tibetan Buddhism, and re-evaluate whether the institution of the Dalai Lama should continue or not. On that basis we will take a decision. If it is decided that the reincarnation of the Dalai Lama should continue and there is a need for the Fifteenth Dalai Lama to be recognized, responsibility for doing so will primarily rest on the concerned officers of the Dalai Lama’s Gaden Phodrang Trust. They should consult the various heads of the Tibetan Buddhist traditions and the reliable oath-bound Dharma Protectors who are linked inseparably to the lineage of the Dalai Lamas. They should seek advice and direction from these concerned beings and carry out the procedures of search and recognition in accordance with past tradition. I shall leave clear written instructions about this. Bear in mind that, apart from the reincarnation recognized through such legitimate methods, no recognition or acceptance should be given to a candidate chosen for political ends by anyone, including those in the People’s Republic of China.“