Penn weighs mighty on ‘The Word’

Lucky you… a second thought download from me in a day… but then you have been patient over Christmas. A quality vital to get you through this one, but bear with me:

In the same way that I never intended this to be a political blog, it is not also a religious blog. However the two so often go hand in hand, especially in America, and especially in an election year, and are often inescapable. It is this connection, not the arguments themselves per se, that I have been thinking about.

This all stemmed from a discussion in the local with a good friend and self-confessed ‘anti Goddist.’ (He would probably spell God without a capital letter, and do check out his blog) (And by including a capital I know I have broken the intention of my opening paragraph… but lets press on before we all end up in a vortex of indecision, grammar, and syntax.)

My friend told me about a recent clip he had watched by Penn Jillette, one half of the Penn and Teller entertainment duo, that discusses the current Republican Party candidates, their religious affiliations, and presents Penn’s atheist view on the interface between religion and politics in the US. It really is well worth a watch. I am not sure why Penn has been chosen to present this case, but he is certainly rational, reasoned, thoughtful, and passionate about the subject. The clip forms part of a bank of ‘interviews’ and pieces on the Big Think site. If you are not accustomed with this site, please leave my humble ramblings right now, go to it, and rummage about there. It’s much better than any talking animals or the like you will find on here.

Penn presents his thoughts on the major Republican candidates in the current race to fight Obama for the White House. He is noticeable silent on Gingrich, and Santorum, but has some real fun with Bachmann, and claims that “Michelle Bachmann’s blasphemy is greater than anything I have ever accomplished.”

It is pretty frightening that she not only has the self belief to think that voters will be swayed by her beliefs, but is also not hauled over the political coals for claiming that earthquakes and hurricanes were God’s way of getting politicians attention; using human suffering, and God’s wrath to support and promote a candidate that champions ‘Christian values’ is a very round about, and frankly a reductio ad absurdum approach. (It does rather take the writings of CS Lewis to an absurd and literal level… his Problem of Pain is one of the best books on Christian philosophy I have ever read, and his ability to weave words precedes his religious writings.)

On a separate point it is an interesting difference between the here and our American friends how abortion always becomes a prominent theme during the Republican caucuses, but is rarely, if at all, mentioned in the British election debates. In the states the topic seems to then rather melt away once the Presidency is announced… but again, for more on this see the blog mentioned earlier.

Penn accounts how 30 – 40 years ago religion was not seen as a politically motivating factor, and claims that no sensible candidate would ever have described themselves as a Baptist, Catholic, or Protestant, for fear of the support of other factions shying away. Today however, his argument goes, because we now use the umbrella term ‘Christian,’ it has become accountable, mandatory even, to bring God into the polling booth.

IMHO, he is right in general terms, I am not sure I agree with his historical claims… Woodrow Wilson was an ardent Presbyterian, indeed his father was a Presbyterian minister and professor of theology. Hoover was a Quaker and there was a national debate at the time of his inauguration as to how he would swear the Presidential Oath (given that Quakers don’t swear oaths.) Kennedy was a Catholic who often spoken openly about his religion, and Jimmy Carter continued to teach in a Baptist Sunday school and serve as a deacon in his local church while he was President. I think it might be a better theory than practice, and religion (and by this I mean the President’s individual beliefs and affiliations, not a general ‘Christianity’ as Penn claims) has been a major player in US politics for generations. His idea that the ‘Christian’ candidates are in death throws, and that it is now impossible to avoid main stream culture, philosophy, and influences, are however right on the nail.

He also has a good old dig at the Iowa caucus winner (by the narrowest of margins) Mitt Romney, and here he is not only funny, but has a more serious point. Penn reminds us that Romney is a Mormon, and wears magic underwear! “[Romney] believes that a convicted conman, got golden tablets that no-one else could see, and sat with an angel to find out that the original Jews of the Bible were living in North America.” It is true that all this is only slightly removed from talking snakes, virgin births, and burning bushes, I know, but great fun none the less. Do check out this link to get your own magic pants… I know what I want for Christmas next year! 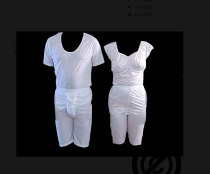 Penn asks how on some level Mitt Romney does not sit down and say, “Yer, you know, there weren’t actually original Jews living in North America..,” and if he doesn’t then he is actually “bug-nutty bat-shit crazy!” All he asks for in his exasperated tones is for any of the candidates and politicians generally to stand up and say, some of these beliefs I profess are bug-nutty bat-shit crazy, but I am not. Penn believes that they are all moral people, who have family values, but who are speaking in a code for which he has not been given the key.

His final diatribe is against those that claim that they take the Bible as the word of God, and take it literally. On this, he is spot on. There is not a lot I can add to his angry bewilderment, and it’s a frightening feature of religion on both sides of the pond that there are an increasing number of people who believe this, but who also are comfortable about professing it. I know we all have religious freedom, and freedom of expression, but believing someone should be stoned for working on the Sabbath, or will go to hell for mixing cotton with linen cloths is pretty far out in my opinion. For what its worth.

So, go and check out the video linked, the comments alone are priceless. It’s not only thoughtful but also, how many British comedians would use the word “solipsistic” on TV? Oh, and here is the talking animal that I promised you… it’s brilliant!

One response to “Penn weighs mighty on ‘The Word’”