This photo of North Korea’s top brass has been doing the rounds this week. 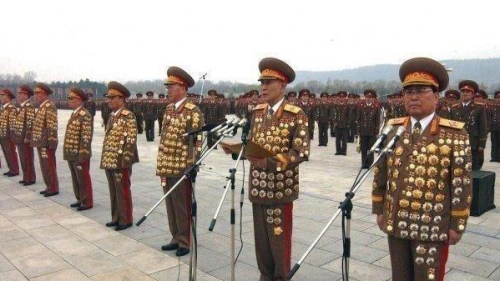 One thing is for sure, the Generals certainly have a lot of brass… (and tin, and enamel!) It made we wonder where on earth they got their medals from? Given that North Korea has really only fought one war in the last 50 years, and that did not exactly end well for them, then where do all the medals come from… well… North Korea is not alone in dishing out military bling.

This stock photo of the US General Patraeus also gets a mention at the International Tat Awards (I am in no way suggesting that medals and honours awarded for bravery, long-service, valour, gallantry, etc should in any way be ridiculed nor diminished… that’s not my point!)

But there is a nation even better at issuing military bling… one almost overpowered by Shiny Syndrome…one who took the handing out of gongs, ribbons, medals, badges, epaulettes, colarettes, aiguillettes, stars, and baubles… The British of course. This photo of our present Lord High Admiral proves the point: 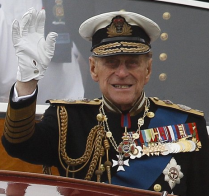 As part of a process know as Ornamentalism the British showered the leading lights of their Empire with more and more of this paraphernalia… often to absurdium.

I can thoroughly recommend a book, Ornamentalism: How the British Saw Their Empire, by David Cannadine about the topic. Somewhat controversially, Cannadine argues that class, rank, and status were more important to the British Empire than race. The title of the work Ornamentalism is a direct reference to Edward Said’s book Orientalism, which argues the existence of prejudiced outsider interpretations of the East, shaped by the attitudes of European imperialism in the 18th and 19th centuries. I personally think his central tenet is probably optimistic (and that the Empire remained essentially racist till then end), but the explanation of the way Ornamentalism developed is sound. His comparison between the Coronation of George VI, Curzon’s impossibly grand the Delhi Durbar, and the Nazi rallies at Nuremberg are fascinating.

But I wanted to save this personal favourite till last. Madho Rao Scindia (1876 – 1925), was the 5th Maharaja of Gwalior and part of the Scindian dynasty of the Marathas. He acceded to the throne of his Princely State of Gwalior in 1886 and ruled to his death in 1925. He was noted by the British Government as a progressive ruler and received a number of honours and decorations from the British Raj and other Indian States. He was even appointed Honorary Aide-de-camp to King Edward VII in 1901, in recognition of his support during the Boxer Rebellion in China. But it is his name and full titles that proves the point, and here it is, and here he is, in full glory! 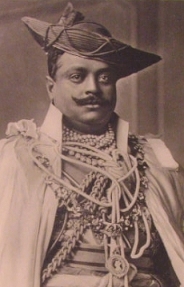