A Shard of Light 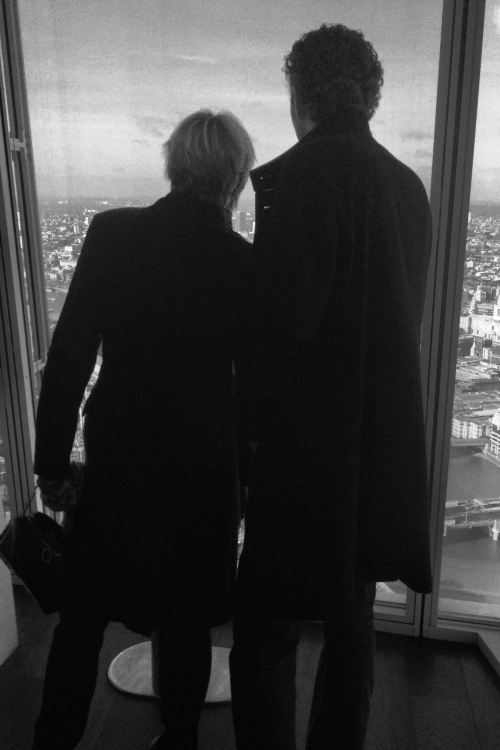 Do check out these great photos from the Holi festival at Battersea Power-station earlier this month.

Holi is the Hindu festival that heralds the arrival of spring on the subcontinent, and is traditionally celebrated by showering your friends and family (indeed anyone you come across) with brightly coloured powder. It’s enormous fun, but the powder does seem to find its way into the strangest places! Check out the rest of the photos here. 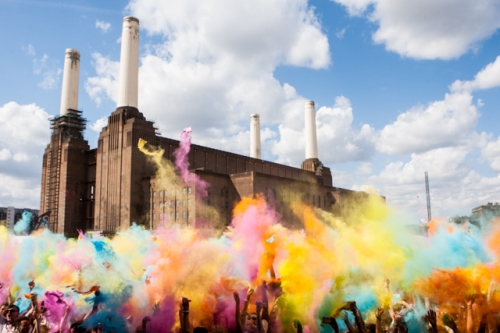 I have just found this brilliant photograph of a Soviet T-34 tank, that can be found, of all places, on Mandela Way in Bermondsey, South London.

Leaving any ‘Only Fools and Horses’ jokes about Mandela Way aside, the tank was an elaborate 32-ton gift one father gave to his seven year old son… some toy! Local legend also has it that the tank was installed by a disgruntled landowner who had apparently lost a planning battle with the local council. The council once tried to have the tank removed from the wasteland it occupies, believing it had been dumped, but then found out that the son owns the rights to the land as well as the tank! The tank’s gun sights are also rumoured to be set on the council offices,

Only slightly more mundane rumours tell how the tank took part in the bloody Prague Spring of 1968 before it was imported to London to be used in the 1995 film version of Richard III before being abandoned on wasteland.

I want a tank for Christmas now!

Ever heard of Two Temple Place? No I thought not… apparently its London’s first venue to specifically showcase publicly-owned art from around the UK. And believe me, there is a surprising amount of it… the Daily Mail is always banging on about Rembrants in provincial fire stations, and Picassos up lighthouses etc etc. (For a more accurate view do click here to have a look at Public Art Online.)

The building itself is one of London’s hidden architectural gems, an extraordinary late Victorian mansion built by William Waldorf Astor on Embankment, and in and of itself is well worth poking about in. But the inaugural exhibition is the clincher for me… it looks at how William Morris told stories through pattern and poetry. It examines the tales and myths that were most important to him, such as the works of Geoffrey Chaucer, Norse saga, Arthurian legend and Greek myth.

Morris returned to the same stories throughout his artistic career, and this exhibition explores his continued fascination by arranging the works according to the tale they tell rather than their medium. Five rarely seen panels of the embroidered frieze ‘The Romaunt of the Rose’ are exhibited together with editions of ‘The Works of Geoffrey Chaucer’, elaborately illustrated by Morris and Edward Burne-Jones and printed by Morris’ private press. Both the frieze and Chaucer drew inspiration from the French medieval text the ‘Roman de la Rose’ (Romance of the Rose). This will be the first time that these exquisite panels have been seen since their recent conservation by The Royal School of Needlework.

The bad news is that you have to go soon… (and there is a good chance that you will bump into me and my mum… we are going for her Christmas present…) the Morris exhibition is only on till 29th January 2012, but it is all FREE (dont tell mum!)

PS, ever noticed that almost all depictions of male angels are ginger? Especially Pre-Raphaelite ones? Hmm…

Not your usual bank branch…

Yesterday I had to go to one of our banking clients’ St James’ headquarters for a meeting. Slap bang opposite the Palace sits the [censored] Banking Corporation’s majestic Private Clients Bank. Apparently you need a cool £5,000,000 to even get an invite there, but I was there for a work meeting, so was even allowed to use the lavatory!

Obviously built to impress and show wealth, the rather gaudy old central lobby is well offset against the modern new wing behind where I took the photograph from… the Bank seem to have a fascination with grandfather clocks that are in abundance, and overly zen looking orchids, while the carpets were so deep you were given wellies to plough your way to the offices…

If only Barclays on Cornmarket Street was like this…